The Shiba Inu (SHIB) subreddit community of r/Shibarmy has hit a new milestone in terms of subscribers by exceeding 200k members. The remarkable growth of the r/Shibarmy community was identified by the team at @ShibToken through the following tweet.

A quick glance at SubRedditStats.com reveals that the r/Shibarmy community now has 201,521 members. Additionally, subscribers to the Subreddit community have grown at a rapid rate since mid-April as highlighted in the chart below courtesy of the tracking website.

Also worth mentioning is that ShibaSwap is now listed on DappRadar’s DeFi rankings.

At the time of writing, ShibaSwap is now ranked 11th with a total value locked of $1.49 Billion. The screenshot below courtesy of DappRadar, further highlights ShibaSwap’s position relative to other popular DeFi protocols such as Pancakeswap, Yearn Finance and SushiSwap.

However, Shiba Inu’s reversal is yet to inspire bullish confidence as SHIB continues to trade below the 50, 100 and 200 moving averages on the 6-hour chart that can be found below. 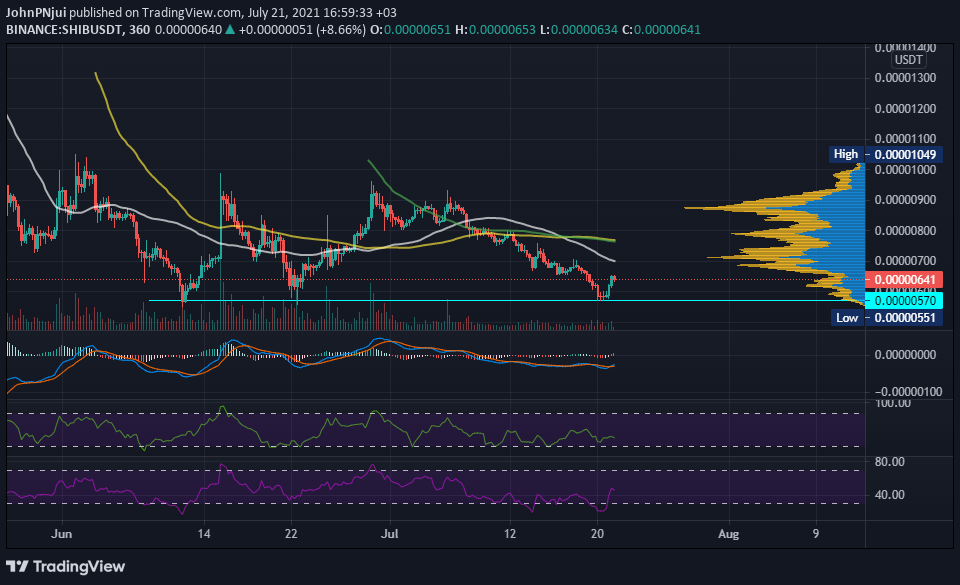 Also from the 6-hour SHIB/USDT chart, the following can be observed.

As with all analyses of altcoins such as Shiba Inu, the fate of SHIB is tied to Bitcoin providing the ideal environment for the token to thrive. Consequently, SHIB could continue moving higher if Bitcoin can maintain a value above the crucial $31k support.