The total, or global, Bitcoin futures open interest has just reached a new all-time high of $14 Billion. This milestone was highlighted by the time at Unfolded via the following statement and accompanying chart courtesy of Skew.com.

Global #bitcoin futures OI hits $14b for the first time. 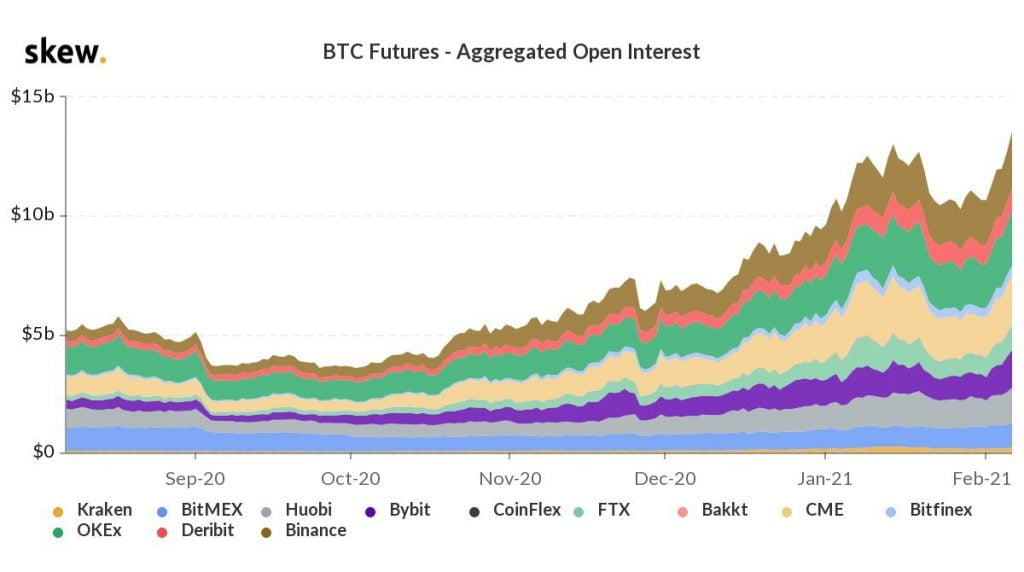 The record-breaking open interest on global Bitcoin futures contracts comes at a time when BTC has just set a local peak value of $40,960 – Binance rate. By reaching this price level, Bitcoin has formed what looks like an ascending triangle as illustrated in the following daily BTC/USDT chart. 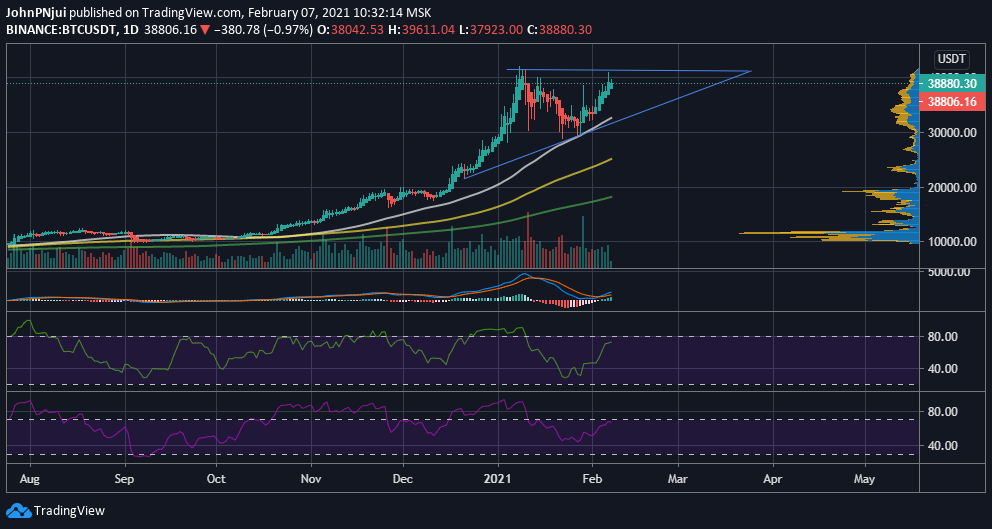 From the daily Bitcoin chart above, the following can also be observed.

Possible Effects of the Chinese New Year on Bitcoin

However, with the Chinese new year about to begin, miners will most likely want to sell their bags close to the $40k level thus postponing Bitcoin’s progression to higher levels. This year, the Chinese New Year begins on the 12th of February and is a 16-day event market by traveling for leisure or to visit family and friends, alongside other festivities. Therefore, it is only natural for miners to want to sell their BTC bags in preparation for the events.